← more from
Yoruba Records
Get fresh music recommendations delivered to your inbox every Friday.
We've updated our Terms of Use. You can review the changes here. 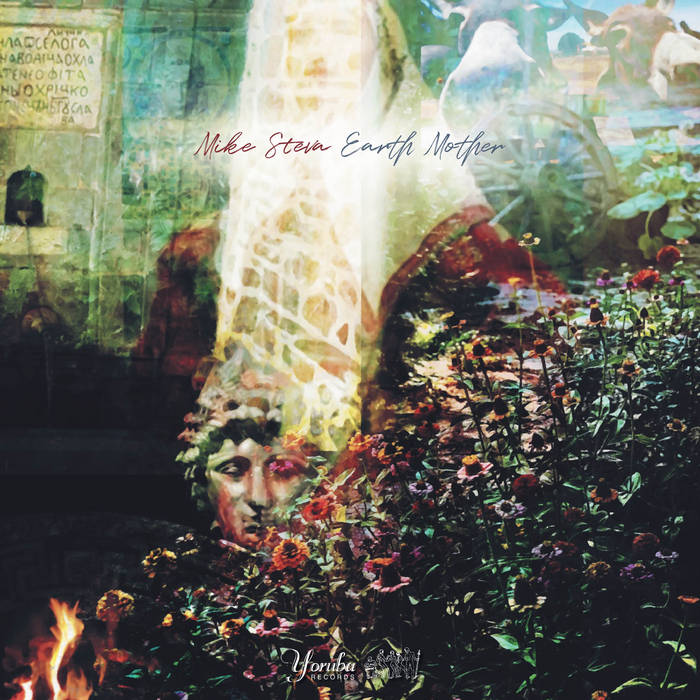 Rhythm Section INTL Real soul music lies within. Overlook this at your peril

graceoshun The voice of an
Angel calling us remember our collective power with grace and mercy as we confront change Favorite track: People ft The Black Bond.

DJ Angel B! aka: Soulfrica

The music of MIke Steva has always found its natural home in Yoruba Records.

“My relationship with Mike was family from the start. During my first ever visit to Australia I only had one gig in Sydney and him being a fan of the label, he actually made a gig happen in Melbourne as he felt it was rude that I had no gigs there. Upon arrival I was immediately introduced to his crew there, which quickly became family. I’ve been coming here now for ten years and it’s more home than anyplace because of my family here. Musically, he was already onto something with tracks I heard back in 2009, however I guided him over the next four years to what eventually became his first album, ‘Who Am I?’”

“Since then Steva has been a major part of the growth for Yoruba records. His strong Macedonian background with songs like “Oro” fit perfectly with Yoruba’s focus on traditional and folkloric music.”

And indeed since 2013, Steva has steadily put out some of the label’s finest moments of the last decade, including his aforementioned debut album “Who Am I” (YSD67), two EP’s (“Birds Of Paradise” and “Visions of Paradise”) and the single, the oh-so-wrong-but-it-feels-right “Weekend Love”, a very special song which subsequently brought about a beautiful remix by the Master At Work himself, Louie Vega.

So it is with great pleasure that Yoruba Records presents to you: Earth Mother

Earth Mother, the follow up album to Who Am I, displays a more musical side to Steva, teaming up with musicians such as local Macedonian guitarist Simon Milan and taking his music to the next level organically while keeping the core of his signature rhythms.

“Rain Song” is the proper purifier needed to start out the proceedings. The chant of “Chove Chuva” (Translates to “Rain, Rain”) sung by Yoruba Records staple Quetzal Guerrero, accompanied by the handclaps, strings (also performed by Quetzal) and midtempo percussive pulse serves as a perfect introduction. In the words of the renowned Turkish thinker and novelist Mehmet Murat ildan, “The Sun after the rain is much beautiful than the Sun before the rain!”

And that sun comes in the form of “Dobro (Dusan’s Song).” This soul-opening burst of radiant regenerative energy features Steva showing off one of his great strengths as a composer, combining organic elements such as the live flute you hear throughout the song, along with the electronic to give it its unique blend. The particular flute you are listening in “Dobro”, performed by Dusan, is called a Kaval. The Kaval is an instrument played throughout the Balkan region and is considered one of the primary melodic instruments in the folk music of mountain shepherds of the area. Just one of many odes that Steva gives to his Macedonian heritage.

“Sonceto” (Sun in Macedonian) is the sound of Brazilian air under a clear and breezy summer night sky. A looped guitar motif over a delicate bossa-house rhythm will fit just about right in any part of the world, from a lakeside café in Ohrid, to the beaches of Miami and Rio De Janeiro all the way to the St. Kilda Foreshore, Melbourne, Australia.

The title track is one of Steva’s most gorgeous pieces of work to date. Featuring the wonderful guitar work of Simon Milan, this song attemps to capture the awe of our earth, allowing the listener an introspective moment to be grateful for these great lands we call home. The only thing you will wish for after listening to the precious rhythms of “Earth Mother” is that the musical stars align and that we can, some-way, some-how, get a feature with the equally precious Sade on vocals. We should all just put that out there and let it manifest. #SadeEarthMother

Channeling in the ancestral power characteristic of Steva’s productions, “Egokila” is strictly for the dancefloor warriors. The track wastes no time in its No-BS approach. While Steva takes on percussion / drum duties (playing on Congas, Indonesian Tribal Drum, Cajon, Tambourine), Quetzal Guerrero delivers an inspired performance on the violin, using different techniques throughout the song. This is for our floor stompers all across the globe, and if you’ve seen Steva or any one of our artists rock a dancefloor, you know exactly what we mean.

“Adore” is one of the vocal centerpieces of this album. This is the soundtrack of feeling the high of another person, the sound when the lines of infatuation and love can no longer be easily distinguished. The lyric “I just want you to be, I just want you to be mine” is spread repetitively in all eight and a half minutes of the song making it very clear that someone has fallen in love. In the same way the lyrics repeat, the clean synth chord and percussion patterns don’t give much away in terms of variation, and why would they? The focus is strictly this one person:

Thinking ‘bout you endlessly
Don’t know how much I think about ya
Sense it with a hit of anything
Can’t sleep without, I can’t breathe without

Like falling in love, they say the best things in life are free… we tend to forget that sometimes. In fact, some even scoff at the notion. For Steva “Shake It” is “a song made for people to remember to dance, no matter what we are going thru it is highly important to shake it! Get down and Boogie!” Completed in just thirty minutes, the immediacy of this track is quickly palpable. The song leaves very little space for thinking, only space for feeling and motion.

The Kecak is a Balinese Hindu dance that dates almost a hundred years. “Woman’s Kecak” is a follow up to the original “Kecak” featured on Steva’s debut album Who Im I. The original was performed by male tribesmen at a faster tempo, while “Woman’s Kecak” is performed by female tribeswomen at a slower tempo with a warmer more soulful feel. In the battle it depicts in its performance, the story of the Kecak ceremony is said to cleanse the soul of bad spirits and exorcise any demons that may linger. This new 17-minute rendition is aimed at providing a soundscape that can heal. The female ceremony was recorded live by Osunlade in Bali, who then sent it to Steva, which ended up being the perfect continuation in the story of Kecak through his lens. This is very reminiscent of the work California producer Gabriel Reyes-Whittaker has done under his Frankie Reyes alias with the Technoindigenous Studies project. No doubt, some of Steva’s most transcendent work.


This album is dedicated to Mother Earth!

Bandcamp Daily  your guide to the world of Bandcamp

Quelle Chris joins the show to discuss his most recent release, "DEATHFAME"